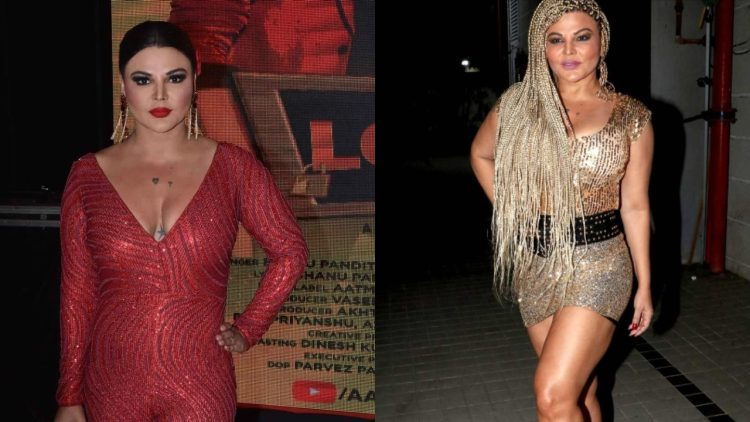 Controversial queen Rakhi Sawant has hit the headlines for her new boyfriend this time. So scroll down to know who is her latest love.

Whether it’s a relationship or her tantrum Rakhi Sawant knows how to fetch attention. The drama queen again hit the headlines for her latest boyfriend with whom he was on the video call while making a public appearance. A few years ago she was in the limelight with a man named Ritesh with whom she was in the news to get married. In fact, in Bigg Boss 15, this helped to gain the show’s TRP.

Now the one who is now making rounds is her new boyfriend Adil Khan Durrani. The actress was recently spotted at an award function and on the red carpet where she made a video call to her boyfriend and showed it to the media. While making the call she was also seen giving him a kiss. When the paps asked her to do it. Sharing the same she took to her social media account and posted a video.

While ago Rakhi also posted a video in which she was seen in BMW gifted by her boyfriend. And captioned it “Thank you so much my dear friend @shellylather raj bhai and @adil__khandurrani for giving me such a great surprise !! Thanks a ton means a lot to me !! God bless.”

Sonal Chauhan Birthday Pics: Jannat Girl Celebrates Her B’day In This Style With Her Friends

Sonal Chauhan Birthday Pics: Jannat Girl Celebrates Her B'day In This Style With Her Friends