Xiaomi 60W Charger: This Super Smart Gadget is Worth Buying

by Arpita Mackelvy
in Technology
Reading Time: 2 mins read
A A 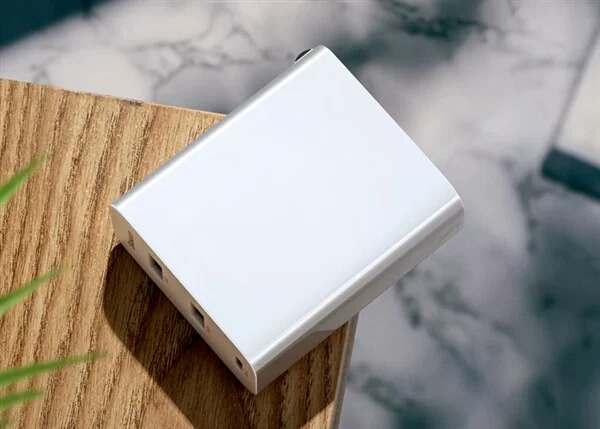 Xiaomi has launched a new 60W fast charger in China with a price of 149 Yuan, which is around Rs 1,510 in India. Let’s check out the special features of this charger that make it stand apart from ordinary chargers.

Good news for Mi fans: Xiaomi has currently launched an amazing gadget which is Xiaomi 60W three-port fast charger. As the name suggest 3 port, so this charger can be used to charge laptops and mobile phones at the same time. This gadget is basically a third-party device from Baseus. The company claims that it can also be used to charge Apple’s MacBook Air (13), which can be charged in just 90 minutes. This charger offers two USB interfaces and one Type-C interface. The special thing is that it can support triple simultaneous outputs, which means it can power phones and computers at the same time. The charger has retractable pins that can also be folded at 90 degrees for easy carrying. The charger also supports built-in safety protection circuits. This 60W fast charger also features smart voltage detection. It can reportedly detect the voltage and current required by the device and matches the output to reduce current loss.

This smart charger supports several charging protocols. The supported protocols include Apple’s PD3.0, QC4.0, QC3.0, FCP, AFC, MTK. Another special feature is that its body is made of high flame retardant and fire-resistant PC material and has several built-in safety protection circuits such as overvoltage, overcurrent, static electricity, temperature, and short circuit protection.

Separately, Xiaomi has also launched a combo of wireless keyboard and mouse. With a weight of 500 gms, The keyboard is a proper 104 key keyboard with a separate numeric keypad as well. The function keys also offer shortcuts to useful functions like volume control, media, mail, and others.it is available at a price of 1005 in Indian currency but will go down as one of the cheapest deals on a wireless keyboard and mouse combo in the market.

Pokemon Scarlet and Violet: Everything we know so far about the new adventures

Complete Guide To Securing Your Passwords

Team India’s probable XI; Rishabh Pant to lead the side