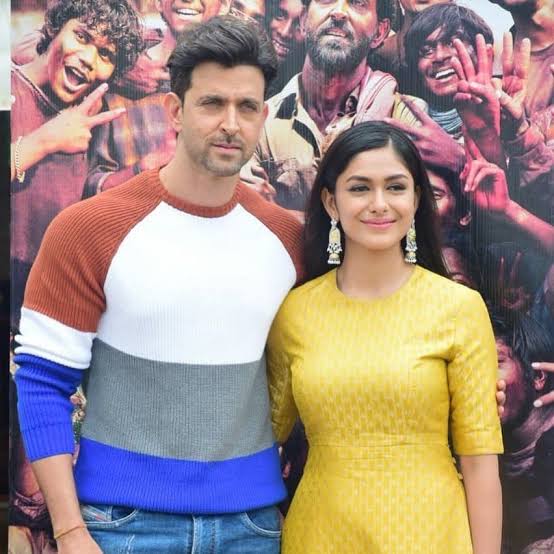 Producer-director Rakesh Roshan announced the film Krrish 4 in January this year. He had told that the film would be released next year and he would start work on the film soon. Now the film is all set to come on screen and the fans are very exquisite about this film. Hrithik Roshan is going to be seen in the lead role of the film. At the same time, there is news about Hrithik’s female co-star. It is reported that Hrithik Roshan has appointed Mrunal Thakur’s name to the directors for the main role of this film. Who recently appeared in Super 30 with him. If all goes well, Mrunal will be the heroine in Krrish 4.

Hrithik’s superhit films Super 30 and War have proven to be massively successful and now he is all set to take his superhero franchise Krrish ahead. Krrish 4 is a special project for Hrithik as he would be working with his dad Rakesh Roshan after a long gap. Although the hunt for the main female lead is still on, Hrithik Roshan already has a name in his mind. As far as casting for the film is concerned it is yet to be confirmed, but there is a good chance that Mrunal would be the part of the film.

Ranbir Kapoor And Alia Bhatt Get A warm Welcome at Manali